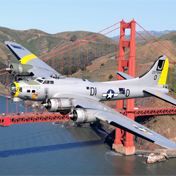 Available as a very limited run in 2015, the Billet Beauty Special Edition LRP-07™ was styled after the distinctive and iconic aircraft that carried America to victory in the second world war. An homage to the late-war appearance of the several American aircraft, the Billet Beauty was a special tribute to the B-17 known as Liberty Belle, formerly flown and maintained by the Liberty Foundation, a plane which once had our founder John Paul himself as a passenger before she was lost.

This LRP-07™ features several unique cosmetic touches to set it apart any other. The hallmark paint scheme of the bomber is captured by a special two-tone Cerakote treatment coupled with OD Green Magpul furniture and the black accents in the trigger, safety, charging handle slider and mag release. The Magpul MOE stock features a printed homage to the B-17 tail markings, while the blasted, stainless barrel has received a blackening of Cerakote overspray at its end to evoke the distinctive oils smoke stains of the aircraft's radial engines. Finally, the sides of the magazine well have been fitted with plates displaying both the period Army Air Force logo and specially commissioned nose art of our own Bomber Girl, the Billet Beauty herself.

Limited to just 25 pieces, this unique LRP-07™ pushed the bounds of what a rifle can be: both canvas and commemoration of American airmen who took to the skies in defense of liberty.

This special edition is sold out and no longer available.